Please fill out the search form or click on the directory below in order to find the clients we work with. 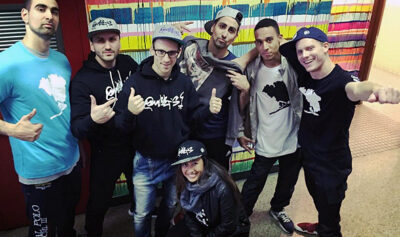 We design and sell street-wear apparel such as hats, t-shirts, hoodies, and an array of super soft women's shirts, all of which celebrate Queens, or more universal attributes that we believe embody "The World's Borough". We also have a kid's line that offers adorable tongue-in-cheek baby onesies, toddler shirts and hoodies.

Queens Thread designs, prints, and embroiders all of it's apparel in Queens, NY. Not only is partnering with local business and vendors extremely important to the company ethos, but Queens Thread also commits to various community support programs in Queens as we believe that building a better global community starts with a better local community. In addition to volunteering at local cleanups and supporting community events, founder Adam Stoler also speaks at public schools about diversity and authenticity, such as JHS 157 Halsey, where he initiated an essay/art contest around those topics. Our goal is that as Queens Thread grows, our efforts to support the Queens economy and culture can grow proportionally.

Owner's Story
Founded in the summer of 2015 by professional musician and Queens resident Adam Stoler after overwhelming response to a hat he had made for himself years prior, Queens Thread began to create apparel and awareness celebrating "The World's Borough" as a means to express Queens pride and culture. QT's street-smart designs also pay tribute to the former 5 Pointz art complex in Long Island City.

Relying mostly on word of mouth, Stoler hit the streets of Queens to spread the word, and ultimately joined the Queens International Night Market to further promote and sell his vision of pride, diversity, and authenticity. Selling at markets, special events and parties, as well as online, has allowed Queens Thread to gain a strong local grassroots following that continues to grow. Adam Stoler's international music presence has also allowed the brand exposure abroad in Europe and Asia, and provides a unique insight into the global diversity that is reflected in Queens.

Their Work With MiQ
Queens Thread has sold their shirts at the MiQ pop-up and at District Market in LaGuardia Airport.
SKT Handyman